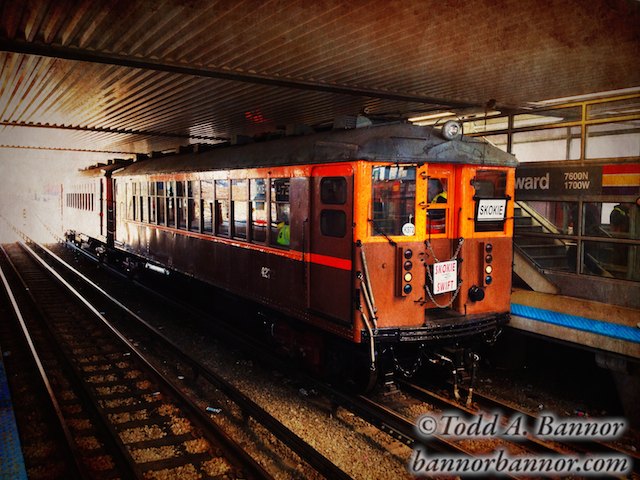 I took a little train ride yesterday. The CTA ran a vintage 4000 Series train on the Yellow Line, formerly the Skokie Swift, to celebrate 50 years of service. Series 4000 cars themselves served 50 years. The last were retired from service in 1973 so I’m old enough to remember them as they rumbled by on the Ravenswood Line. They were painted green and cream, not orange and brown, which was an earlier color scheme used by the old Chicago Rapid Transit Company. These two cars are kept in operating condition by the CTA for historic occasions such as this. They were restored and painted with the old CRT color scheme.

The crew on this train was great. They love their jobs. One crew member is a dispatcher who, I was told by a railfan, works for New York’s MTA during the week and the CTA on weekends. This guy must really like trains.