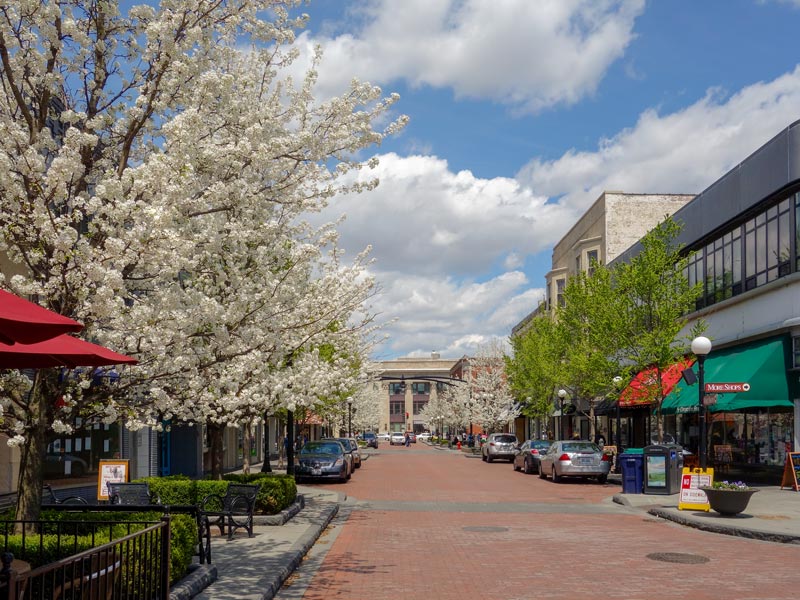 There are many online stock photo agencies. A number of them are low cost microstock agencies that supply only royalty-free images on a subscription basis that gives you access to a certain number of images per month. Alternatively, you can buy credits to use for single image purchases, once you’ve used up your credits, you can buy more. Royalty-free images have the advantage that you can use an image multiple times without having to pay for each use. There may be restrictions on what you can use an image for and sometimes the image is available in different sizes, larger being more expensive. If you’re advertising on a billboard, you need a large image. If you’re not a frequent user of stock imagery, a subscription based royalty-fee agreement may not make sense, as licensing by the image will cost less money if you only have a need a few times a year.

Some stock agencies still offer rights-managed images. These differ from royalty-free in that you have to pay for each use of the image and you may have to renew the license after a certain amount of time, although this is not as common as it once was and frequently the term of the license is ten to twenty years. Rights-managed images are not necessarily more expensive than royalty-free images, but the cost increases if you wish to use an image multiple times. For example, if you need an image to use in a worldwide marketing campaign that includes web, print and television advertising, a royalty-free image may be less expensive than licensing a rights-managed image for each of the marketing channels. Why would you want to use a rights-managed image? Let’s say you’d like exclusive use of the image. You probably won’t be able to do this with a royalty-free image. With a rights-managed image, you can license complete exclusivity, which will be quite expensive, or industry exclusivity, which will be less so, but certainly not cheap. But if you’re spending millions of dollars on a marketing campaign, why use a $250 image anybody can buy? Nothing is more embarrassing than having your competitor use the same inexpensive image for their marketing campaign as you have. I know of one instance of this happening and there are probably more. These days, it’s really easy to figure out where an image was sourced, using Google Search by Image.

There are some stock agencies that offer both royalty-free and rights-managed licenses, so you can choose the model that works for you based on your particular needs. However, each image is available under one or the other license model, never both.

Another thing to keep in mind when licensing stock photos is whether or not any recognizable person or property in the photo is released. This is information that is provided in the photo information on the stock agency’s site. Photographers who wish to have their images licensed for commercial use provide photos with the appropriate releases. If there are no releases for the photo, this should be noted in the image information. If you’re using a photo for commercial advertising, model releases are required for all recognizable persons in the photo and property releases are required for recognizable property. Ignore this and you could be in for a lawsuit. This being said, you generally don’t need property releases to use a photo of a city skyline commercially. The weak link with releases is that mistakes happen and a photographer may mark an image as released when it is not. If you plan on using an image commercially, you may want to ask for copies of the releases. The agency may have them on file or they will contact the photographer to obtain them. And if you’re planing on advertising something controversial, you may want to obtain additional releases specific to your use. I once had a stock agency contact me for an additional release for an photo that featured my then two year old nephew.

If you’re using the photo in a magazine article, newsletter or blog post, this is considered editorial use and releases aren’t needed if the photo was taken in a public space. In the United States, the Supreme Court found years ago that people in public spaces have no expectation of privacy, so using a photo they appear in editorially is permissible. This is not the case in other countries, so make sure you understand your country’s laws before using a photo editorially with unreleased subjects.

We have helped many clients source stock photography for their website. Additionally, I have been shooting stock photography since I worked at a medical and scientific stock agency in the mid 1990s. Currently, I have a file at alamy.com that covers a wide variety of subjects. Included is a small medical and science portfolio (warning, some images may be disturbing!) which is becoming quite successful. If you’re in the Chicago area, I have a large number of photos of the city, some of which are here. And if you’re in our little west suburban village of Oak Park, you’ll find a sampling of images here. If you need a photo of something in the Chicago area I don’t have, let me know and I may be able to shoot it for you.