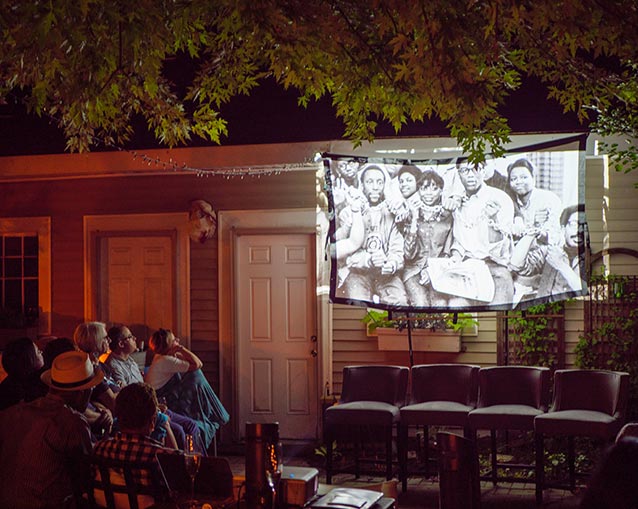 It’s May of 1968. Little more than a month has passed since the assassination of Martin Luther King. The West and South Sides of Chicago have seen riots and burned businesses.

At Northwestern University’s main campus in Evanston, black students have been admitted for a few years, but in the fall of 1967, black enrollment was doubled by progressive administrators. Unfortunately, the university failed to address the inequality black students suffer stemming from institutional racism. Now, something has to give.

This is the story told by The Takeover, a documentary about the takeover of Northwestern’s Bursar’s Office that May and its conclusion and effects. The film is a collaboration between the Northwestern University Black Alumni Association and Eric D. Seals and Donnie Seals Jr. of Digifé, a Chicago-based video production company.

Beth and I recently had the opportunity to view The Takeover at our friend, Erica Cuneen’s house. Erica’s father, Herman Cage, played an important role in the event. Herman was present for the screening, along with Dan Davis, another student involved in the takeover. Both of them answered questions after the film played. 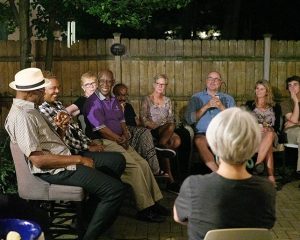 Dan Davis (in hat) and Herman Cage answer questions at the screening of The Takeover.

The film is a compelling story of how inequality affects its victims. Especially heartbreaking are the stories told by Daphne Maxwell Reid of her treatment by the university and its president after she was voted Homecoming Queen by the student body, and by Dan Davis of his treatment by Northwestern’s basketball coach at the time. 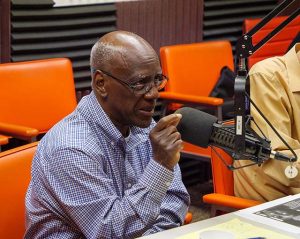 I had the additional honor of photographing Herman Cage, Don Davis and Donnie Seals during their appearance on the Doris Davenport Show, where they related their experience to a larger audience. One thing mentioned during the show is that the film needs to be seen by a larger audience. It is not available online, although a short video about its production is. The film is owned by Northwestern University which has elected not to make it available online. The Takeover is a story with heroes, many of whom went on to accomplish great things in life and who still carry on the struggle to make America a truly great country. 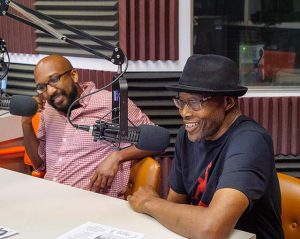 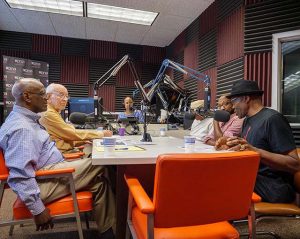 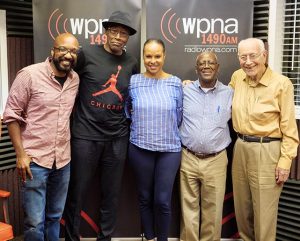